To find out more about cookies, what they are and how we use them, please see our privacy notice, which also provides information on how to delete cookies from your hard drive.

By:
Žygintas Starkus Follow on LinkedIn
Whenever financing needs to be granted between associated companies, either belonging to a same group or associated by other criteria, tax authorities can challenge the interest rate as being too high, or too low, and accordingly calculate additional corporate income tax. The methodology of setting arm’s length pricing for tax purposes in transactions between associated companies is called transfer pricing, and set mostly in the OECD’s guidelines. However, guidelines are “soft law”, and local “hard law” is lacking, making it quite difficult for companies to decide on what interest rate to apply.
Contents

But firstly, can there be no interest rate at all? In transfer pricing, the notion of an interest-free loan was always perceived as precarious with most entities avoiding such risk-prone models, as for 99,99% of cases such interest-free loans would most likely fall. This comes from the long lived notion that no loan must go without interest as interest free loan arrangements usually do not occur between independent parties. In real life group relations, interest free loans can be justified under certain legitimate business reasons but historically a significant portion of such cases were challenged by tax authorities demanding that the unpaid interest to be treated as deemed revenue.

Beyond interest free loans there are numerous other intragroup financing transaction pricing nuances, that cause disagreements during tax audits and later in courts. Recent German Federal Fiscal Court rulings gathered exceptional attention as one after another three rulings presenting quite differing outcomes were released. On the first one the Court released a ruling that concluded that the fact of an unsecured loan being subordinated does not by itself contradict charging a risk premium on interest. This was widely received as a more economic logic based view of risk compensation that is taken by most taxpayers and is now strengthened by this new ruling. The new ruling was a contrast to the former Finance Court of Cologne decision which stated that difference in interest premium between a senior secured and junior unsecured loan was deemed a hidden profit distribution. The last of the three rulings strengthened the position that other corporate debt instruments (e.g., alternative revenue from fixed deposits or cost of market rate bonds) can be used as arm’s length comparables to price intercompany loans. Moreover, this ruling come to an understanding that the fact of unrelated lenders granting unsecured loans to a parent company is not a sufficient argument to state that granting of an unsecured intercompany loan to a subsidiary is a completely incomparable case, i. e. the absence of only one condition from a comparable transaction should not by default mean that the intercompany loan is not at arm’s length.

More localised transfer pricing practice in terms of the Baltics is very scarce, so it is very likely that in case of court proceedings, local Courts would “take a look” at foreign Courts practices. This means that such historical foreign rulings can be used as an indicator of what to expect when implementing policies and partaking in risk-prone intercompany engagements. If business operations lead to high-risk intercompany financing engagements, it is always highly recommended prior to concluding such transactions to consult with specialised transfer pricing professionals. 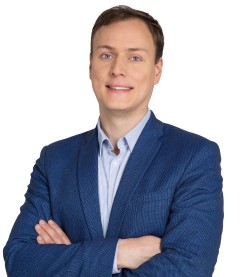